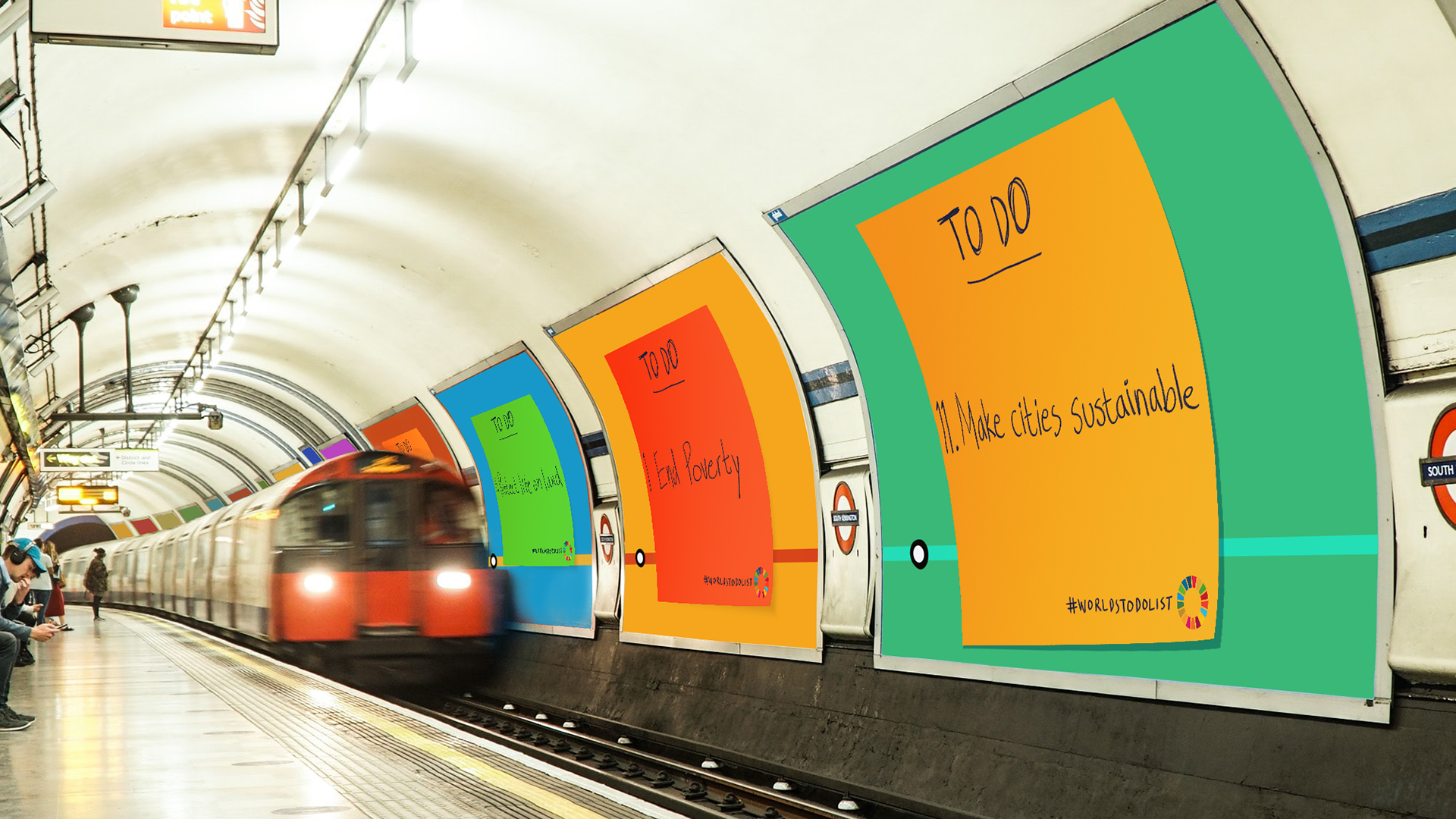 In September 2021, we redefined the Goals as the World’s To-Do List. Now, almost half-way through to 2030, we are shining a spotlight on the role cities have and are continuing to play in the achievement of these Goals.

That’s why we’re thrilled to announce our new campaign where we’re joined by London’s Mayor, Sadiq Khan to shine a light on the unique role that cities are playing in addressing climate, inequality and poverty – and ultimately helping to get the World’s To-Do List, done. Other mayors, including Freetown’s Mayor Yvonne Aki-Sawyerr, Bristol’s Mayor, Marvin Rees and Bogotá’s Mayor, Claudia López Hernández have joined this important call to action by taking part in the campaign.

As part of this campaign, the colourful Global Goals sticky notes will pop up in iconic locations in London, New York, Freetown and Bristol this September to mark Global Goals Week 2022, transforming cities into a pin board for the World’s To-Do List.

Also during Global Goals Week, we will elevate the voices of Mayors from all over the world when world leaders gather at the UN General Assembly in New York in September. We will highlight the global impact of local action, and amplify their collective call for support for the work they are doing to achieve the Global Goals.

We always say the Goals are for everyone, everywhere and that is exactly what it will take to achieve them. Action and impact come in many shapes and sizes; from private sector businesses ensuring supply chains are sustainable through to actions we take as individuals on a daily basis to policy changes that are implemented at both the national and local level.

While the world grapples with issues such as the climate crisis, Covid recovery, hunger, rise in living costs and conflicts – issues that seem bigger than us – it is important to recognise the role of local action in our pursuit to building a greener, fairer and more just future.

Cities aren’t just hotbeds for innovation, education, and creativity, they also hold the keys to tackling the climate emergency and achieving the Global Goals. In fact, with many cities such as New York, London and Amsterdam facing significant threats from the climate crisis, the role cities play in the achievement of the Goals is critical. Currently, more than half of the world’s inhabitants live in cities and by 2050 more than two-thirds of the world will be urban dwellers. Mayors play a vital role in responding to the challenges and opportunities presented by cities. But city leaders need access to finance, technical support and other measures to tackle these challenges, that are both local and global in their nature.

Stay tuned by heading over to our World’s To-Do List page, following our social media channels and checking out our website for more updates.

This blog was written by Kiana Alavi, Policy and Campaigns Manager at Project Everyone. 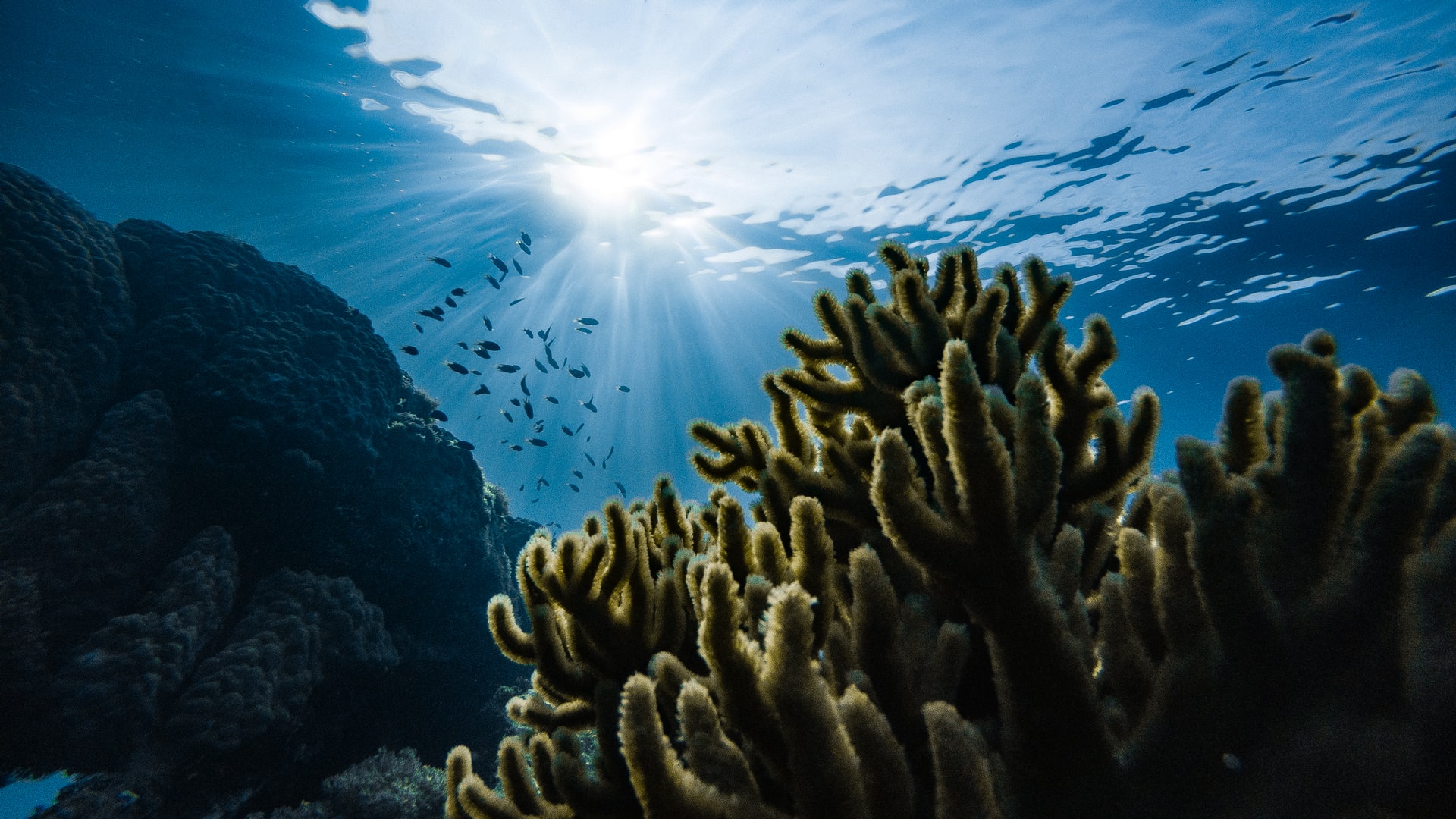 Yesterday was World Oceans Day – for some, this might simply be another awareness day, but did you know that every single person on this planet depends on the ocean to survive?

It provides us with oxygen, food, livelihoods, and is our best ally to address the climate crisis. A healthy ocean means a healthy planet – and healthy humans! But right now, the ocean is in crisis, its health is at a tipping point and we must all strive to protect and restore it – on World Oceans Day and every other day as well!

It is estimated that 5.25 trillion pieces of plastic waste are currently in the ocean – that’s the equivalent of 1345 blue whales, the largest mammal on Earth! The result of all this plastic waste causes the suffocation and entanglement of hundreds of marine species. As the ocean continues to absorb more and more carbon dioxide from the atmosphere – the majority of which results from human activities, the water becomes more acidic.

Unfortunately, this means creatures like coral and shellfish can’t develop properly, putting them at risk of bleaching and eventually dying.

With the UN Ocean Conference in Lisbon happening in a few weeks, the message to leaders is abundantly clear: we need to protect our ocean before it is too late.

There is power in numbers, so help us raise awareness of putting Sustainable Development Goal 14 at the top of the World’s To-Do List by giving up your social space to highlight our Goal 14 sticky note. You can create your own Goal 14 image using this tool.

For other ways you can help the ocean, check out these points below: Photo by Jean Wimmerlin on Unsplash

Nearly 90% of global marine fish stocks are fully exploited, overexploited, or depleted. Unfortunately, overfishing is happening faster than the oceans can replenish populations.

For example, the demand for popular fish (like salmon and tuna) has a huge impact on ocean ecosystems: tuna is both a predator and prey, meaning they eat smaller fish and invertebrates but are also a good food source for larger marine life such as sharks and whales. Without them, the marine food chain becomes unstable and unbalanced, jeopardising the survival of other species.

These changes impact us humans as well! Decades of overfishing have led to a sharp decline in the fish population, making them more difficult to find. Small, traditional fishermen are struggling to survive, jobs are lost and highly destructive boats such as deep-sea trawlers are wrongly presented as the only solution to catch enough fish.

Not only does this disrupt marine ecosystems, but contributes to carbon emissions and pollution. The good news is, you can do something about it!

Be mindful of the type of fish you eat – why not try smaller fish like anchovy or mackerel – which can be captured in large numbers, without burning so much fuel? Or better yet, try a fish-free diet! Photo by Francesco Ungaro on Unsplash

Do you wear sunscreen? That’s great! It’s our first line of defence when it comes to protecting ourselves from damaging UV rays.

But did you know that 14,000 tons of sunscreen (that’s 70 blue whales!) are thought to wash into the oceans each year? Studies have found that certain chemicals found in sunscreen, such as oxybenzone and octinoxate, damage corals.

These chemicals contain nanoparticles which not only disrupt corals’ reproduction and growth cycles but also lead to bleaching.

Take some time to read the ingredients of your sunscreen and ensure they’re all reef-safe. Look out for mineral-based sunscreens that use zinc oxide or titanium dioxide instead! Plastic that finds its way into the ocean causes habitat destruction whilst entangling and killing marine life every single day.

Try avoiding plastic where you can, there are loads of easy swaps and alternatives available: carrying a reusable water bottle, storing food in non-disposable containers and bringing a tote bag when you’re shopping.

This blog was written by Premela Kala, Social Media Executive at Project Everyone.