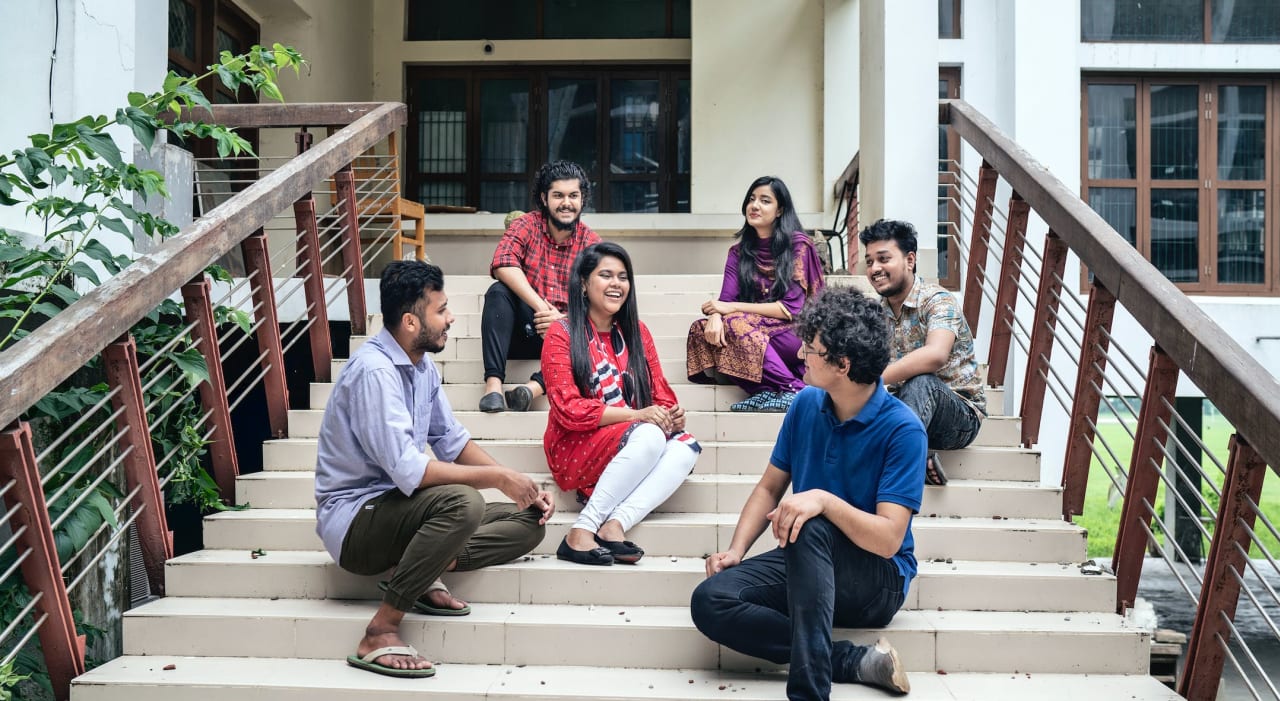 Led by the Bill & Melinda Gates Foundation in partnership with Project Everyone, the Goalkeepers Awards programme identifies and highlights the stories of young activists, campaigners and innovators across the world, they elevate champions and recognise their actions that are progressing the Global Goals.

The Goalkeepers Award programme rewards winners for their work and inspires more action and innovation at a time when it is needed most. Every year three young leaders are honoured through three categories; the Campaign Award, the Progress Award and the Changemaker Award.

The Changemaker Award celebrates the achievement of an individual who has inspired change using their personal experience or from a position of leadership. This year, the Campaign Award winner is Fairooz Faizah Beether, founder of Moner School. Read more about her story below. Group projects are often born out of innovative ideas, but few can claim they led to a movement of young people overcoming the stigma of mental health. Fairooz Faizah, co-founder of the Moner School did just that when she and her peers developed a Google form that asked visitors to share what’s on their mind. It was that simple. “We just wanted a place where people can write letters anonymously, so we can set up a meeting with a counselor,” she says. From there, seven strangers who met through a youth platform project began the task of getting people’s stories, putting them in touch with counselors, and meeting a need that, for many in their country, was quite taboo.

Three months later when the project ended, five members of the original group including Fairooz made this their passion project, and the Moner School was born. Today, the Moner School is an anonymous online platform that works with youth to enlighten them about the importance of mental health care through training, workshops, a 24/7 online mental health first aid service, and talk therapy. “We’re trying to not only provide counseling sessions or therapy, we’re also trying to make people understand how important mental health is, as well as train them on mental health tools,” she says.

But no matter where you are in the world, it seems our fiercest advocates in the mental health space are no stranger to the benefits of therapy. For Fairooz and her mother, their courage to prioritise their own mental health was the first step in healing from a personal tragedy that dismantled their sense of security. When Fairooz was 13, her father was senselessly killed. Home was no longer safe, and as an only child the trauma of losing her dad was hers to bear alone. It wasn’t long before her mother recognised her daughter’s depression and got her the help she needed. Years later, when Fairooz’ mom felt the full brunt of her loss, it was Fairooz who returned the favour. As they emerged out of their own suffering, Fairooz was called to pursue a career in mental health.

Sharing her story wasn’t met with immediate approval. People questioned her transparency and were reluctant to open up about their own struggle with depression, anxiety, and relationship issues. But with time, the stigma of mental health is beginning to fade in Bangladesh. “Now when I reach out to people for a workshop, people are so welcoming, and they themselves are eager to participate and understand themselves and how they can better their life,” she says.

Fairooz continues to make mental wellness and education a part of her day-to-day. When life gets too noisy, she takes a pause and practices mindfulness through walking and meditation. And with the expertise of psychologists and psychiatrists, she can access the training and tools to create a stronger online community for her peers and build on that for years to come.

This blog was written by Sakena Washington, a lifelong storyteller from Pittsburgh, Pennsylvania. She joined the Goalkeepers team this year as a creative content creator for the newsletter, website, and report. Follow her on LinkedIn.

This blog is part of a series that celebrates the winners of the Goalkeepers 2021 Awards. Check out our website and social channels for more updates. 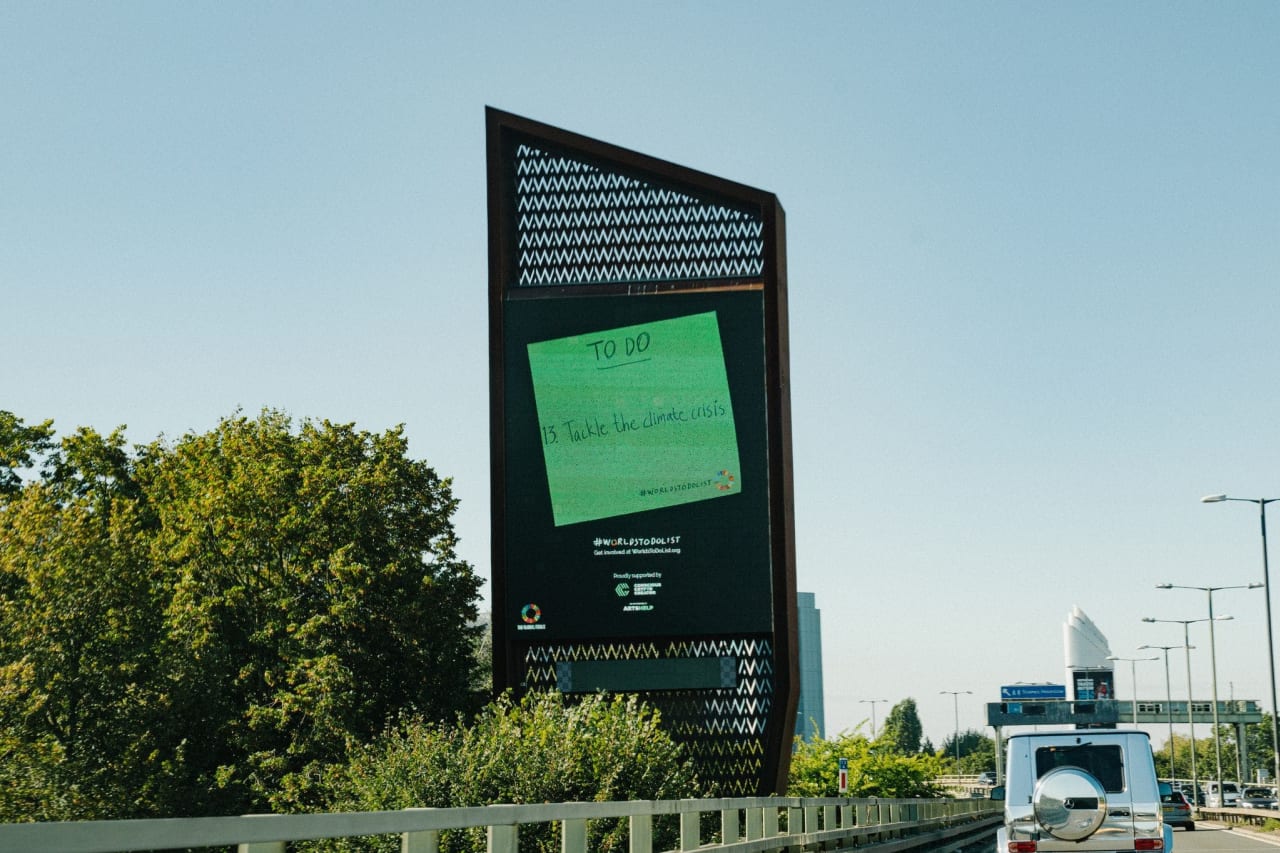 Arts Help Network and its out-of-home media publisher partners have joined forces with Project Everyone to create awareness for the Global Goals and its new “World’s To-Do List” campaign.

The campaign spotlights the Sustainable Development Goals (SDGs) outlined by the United Nations as the most pressing challenges to the earth and its people.

The collaboration showcases the Global Goals on digital OOH screens throughout the Americas, Europe, Africa, and the Middle East. The aim is to rally enthusiasm and encourage governments, businesses, and concerned citizens to get to work achieving the ambitious objectives and the U.N. ‘s aggressive 2030 target date for stamping out the world’s most troubling issues. Martin Corke, Chief Marketing Officer at Clear Channel UK, said: “We are delighted to lend our support to Arts Help and use our medium to help raise public awareness of the UN’s Sustainable Development Goals in the UK. The campaign very much aligns with our own ‘to do list’ as we joined the UN Global Compact earlier this year and continue to focus our efforts on driving positive social and environmental impact as a Platform for Brands and a Platform for Good.”

The partnership embodies Arts Help and its media partners’ commitment to driving awareness of the daunting issues such as poverty and world hunger, quality healthcare, education, and economic opportunity, food and energy security and environmental protection. Arts Help’s media partners are making their space available to display the Global Goals campaign and message. Each of the 17 goals is expressed on colorful sticky notes. The Arts Help Network of sustainable OOH media owners will demonstrate their community spirit by donating the board space to display the notes between regularly scheduled paid messages. Multiple companies – known as the Global Goals’ Business Avengers – are also doing their part by obscuring part of their marketing communications in favor of broadcasting the Worlds to Do List – and highlighting the action that they’re taking and pledge to take in pursuit of achieving the SDGs.

You too can join the fight:

• Spread the word about the Global Goals mission so that more people can take action.

• Join an organization that actively contributes to meeting the Goals.

• Reduce, reuse, and recycle to minimize waste and reduce your carbon footprint.

Mo Ghoneim is an award-winning media disruptor and the founder of Arts Help (link out to Arts Help). He’s passionate about the environment and climate action. twitter.com/mocancon

Arts Help is an award-winning non-profit that champions social change through art-centric solutions. As a global creative network that curates collaborations with artists, industry-leading institutions, and grassroots organizations, Arts Help delivers impactful programming covering the 17 Sustainable Development Goals and their commitment to creating a world of peace and prosperity for people and the planet. From setting a world record to launching space exhibitions, the organization’s digital network of over 4 million people, provides inclusive opportunities for artists of all disciplines to showcase their talent and create large-scale impact.