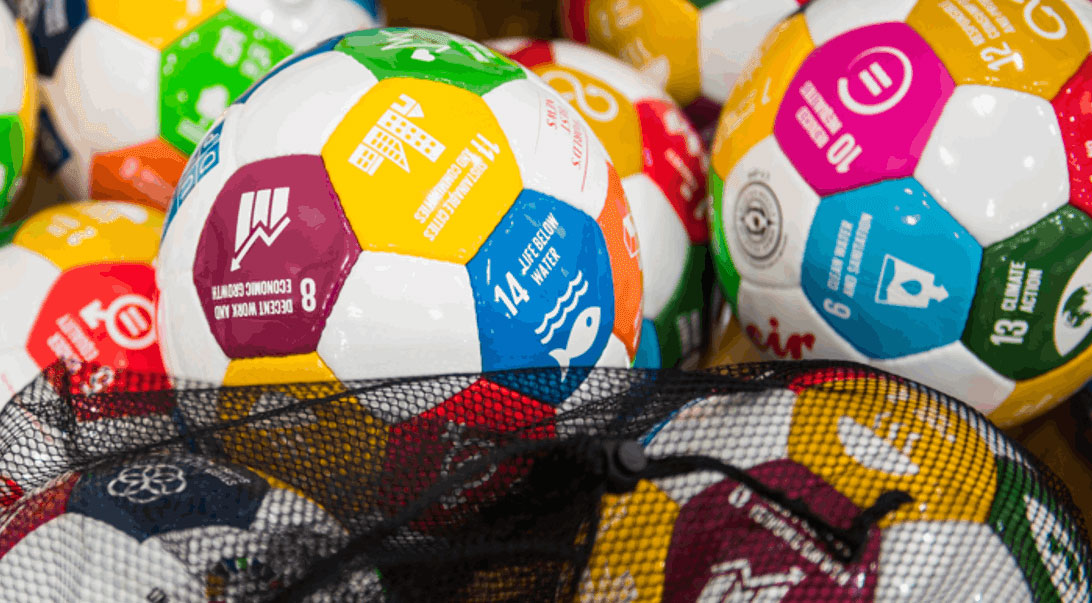 On the International Day for Sport for Development and Peace, Laureus Sport for Good Chief Executive, Adam Fraser, writes about the important role sports can play to achieve the Global Goals.

In late March, the football legend Thierry Henry announced he was leaving social media in protest at increasing and seemingly unchecked levels of racism and discrimination directed against professional athletes. A few days earlier, a report by the New Weather Institute, the climate charity Possible and the Rapid Transition Alliance identified advertising and sponsorship deals with major polluters across 13 different sports and called on sport to be more environmentally conscious. Between the two, 150 female French journalists signed an open letter condemning the ‘discrimination, harassment and marginalisation’ they face in the course of doing their jobs on a day-to-day basis. This was just one week – and dozens more incidents could be substituted in for any of the examples given.

When challenges and controversies emerge in the world of sport, people often say that sport is just a mirror of society. At times it is hard to argue – but at Laureus, we believe that sport has the opportunity to lead society. In 2000, at the inaugural Laureus World Sports Awards, our Founding Patron, Nelson Mandela, declared that: “Sport has the power to change the world. It has the power to inspire. It has the power to unite people in a way that little else does. It speaks to youth in a language they understand. Sport can create hope where once there was only despair. It is more powerful than governments in breaking down racial barriers. It laughs in the face of all types of discrimination.”

Those words quickly became not just the core belief of the Laureus Sport for Good Foundation, but a rallying cry for the Sport for Development sector and the wider world of sport. We saw with the evidence of our own eyes the power sport had to drive positive social change – from those using skateboarding to give girls access to education in Afghanistan, to those using football to teach kids about HIV in Uganda, to those using basketball to get kids into college in New Orleans. Laureus funds more than 200 programmes in more than 40 countries, and every one of them has stories that speak to the truth of President Mandela’s words. Then, in 2015, words were written that may prove to be equally impactful for the future role of sport. The Declaration on the 2030 Agenda for Sustainable Development set out a series of ambitious targets – the Sustainable Development Goals – as a plan of action for people, planet and prosperity. The 17 SDGs and 169 targets were crafted to shift the world onto a sustainable and resilient path, seeking to end the tyranny of poverty and to heal the planet. For those of us who believe in the power of sport to change the world, it was a major milestone, with the Declaration once and for all acknowledging at the highest level of global governance that: “Sport is also an important enabler of sustainable development. We recognise the growing contribution of sport to the realisation of development and peace in its promotion of tolerance and respect and the contributions it makes to the empowerment of women and of young people, individuals and communities as well as to health, education and social inclusion objectives.” The SDGs were designed to provide a framework for the international development sector until 2030. When they were announced, it seemed a long way off – now we are already almost halfway there. Covid-19 has exacerbated many of the challenges facing the world, especially amongst its most vulnerable populations, and attention has by necessity turned to vaccines and masks. Budgets have been cut. Many young people have been more excluded than ever from the opportunities they need. But a shorter timeline, and a more challenging situation, only makes a collective commitment to achieving the SDGs more important. That is why Laureus continues to fund more than 200 programmes who can track their impact against the framework of the SDGs. It is why we continue to advocate for their importance, in line with President Mandela’s belief in sport’s power to change the world. And it is why we are proud to be working with Project Everyone to identify more champions for the SDGs in the world of sport.

April 6th marks the International Day of Sport for Development and Peace. On a day when the world recognises the role that sport and physical activity plays in communities and in people’s lives across the world, we call on sport to recognise the power it has to drive positive change in doing so.

Adam Fraser is the Chief Executive of Laureus Sport for Good Foundation, founded under the Patronage of Nelson Mandela. He is responsible for a global portfolio of grants and capacity-building investments, all focused on using the power of sport to end violence, discrimination and disadvantage.

Project Everyone and Laureus are partnering this year to identify and celebrate sporting teams, competitions, leagues and brands who embrace the Global Goals and are championing them in their work.