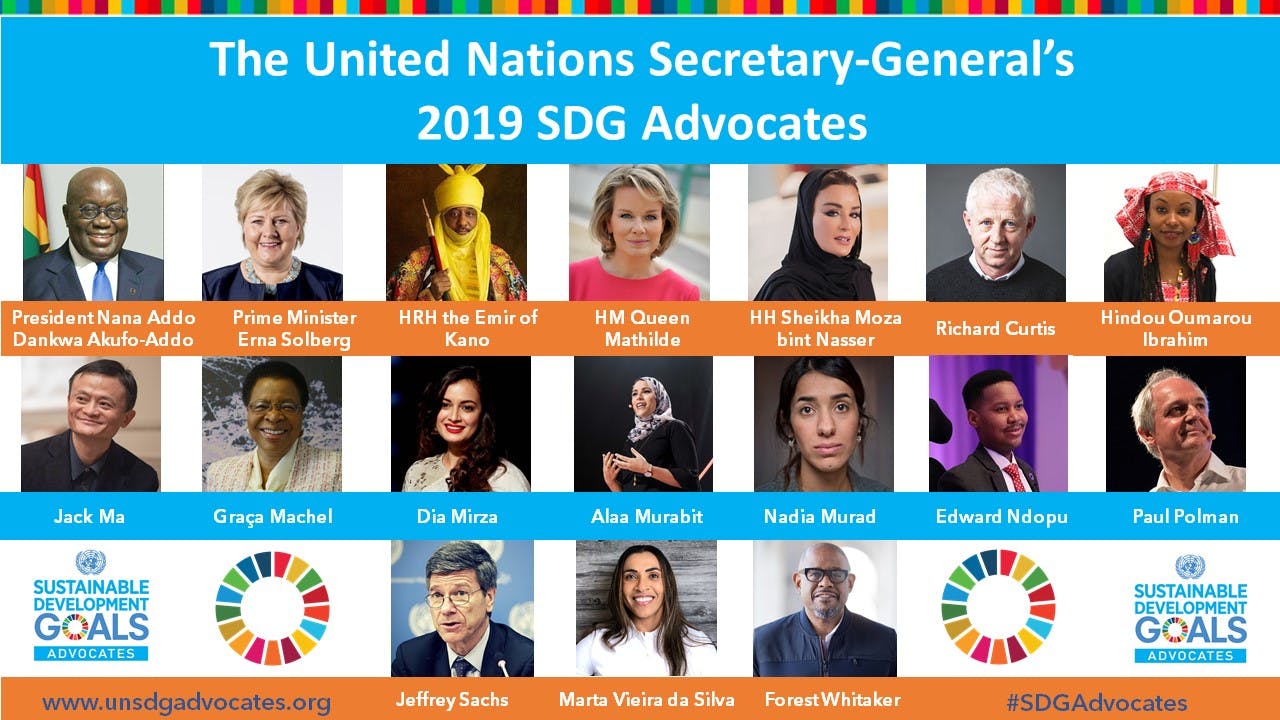 17 Advocates for the Global Goals

On the 9th May United Nations Secretary-General António Guterres appointed the new class of SDG advocates.

These 17 influential public figures are committed to raising awareness, inspiring greater ambition, and pushing for faster action on the SDGs, or Global Goals, which were adopted by world leaders on 25 September 2015.

The Secretary-General has tasked the Advocates with driving action, building ambition around the Goals, and solidifying global political will. The Advocates will use their unique platforms and leadership to inspire cross-cutting mobilization of the global community.

The Advocates represent the universal character of the SDGs, hailing from Governments, entertainment, academia, sport, business and activist organizations around the world. The Advocates will leverage and build bridges between their unique audiences, and work together to drive progress. They are:

The Secretary-General’s SDG Advocates are:

To learn more about these 17 amazing people, visit www.unsdgadvocates.org.