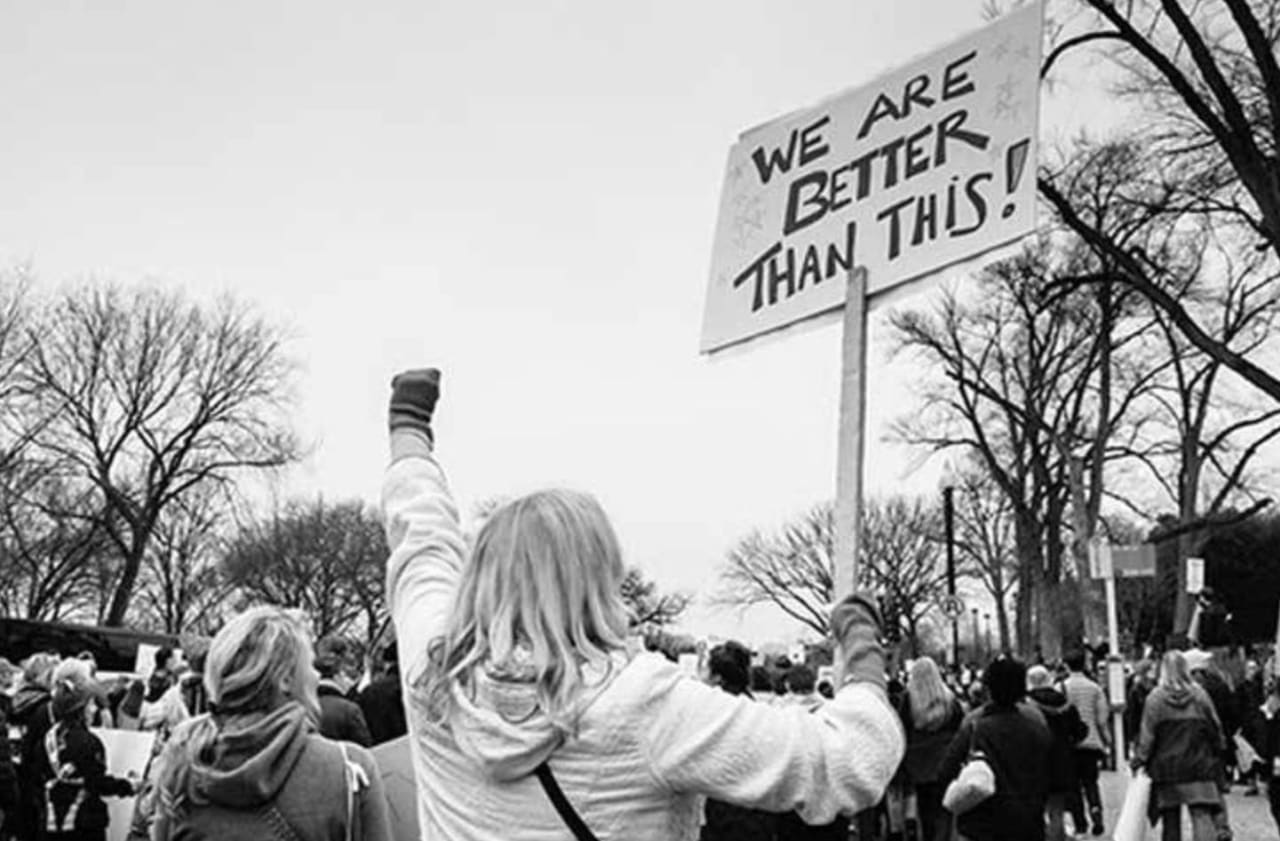 Pure London has joined forces with British fashion commentator, activist and Professor of Diversity Caryn Franklin MBE to accelerate the United Nations’ Sustainable Development Goals with the launch of a new campaign.

Pure London and Caryn Franklin’s new campaign, ‘Power of One’, sees the launch of a set of pledges that the industry and individuals are encouraged to adapt to help advance the Global Goals. Created to spur the wider fashion industry to become more sustainable and ethical, Power of One is set to champion individual actions and encourage small changes in the way people produce, consume and reuse clothing to collectively made a substantial difference to the environment and the people living in it. The launch of the new campaign comes after world leaders came together in 2015 and agreed on 17 Global Goals for a better world by 2030. In line with Goal 12: Responsible Consumption and Production, the Power of One campaign aligns with the Global Fashion Agenda in making sustainability the new normal.

“The Power of One and our pledges will show how thousands of individual acts really can and will drive change” –Julie Driscoll, Managing Director of Pure London

“Guided by the Global Goals, and in particular Goal 12 targeting Responsible Consumption and Production, we want to give people the power to speak up, to make a small change towards a better future, without having to take the full force,” said Julie Driscoll, Managing Director of Pure London in a statement. “Whether it’s giving up plastic spoons or recycling old clothes, it’s about taking baby steps and making one achievable change. We want to drive awareness of the changes individuals and companies within the fashion supply chain can make. We want to start a movement.”

In order to kickstart its movement, Pure London has developed five pledges and encourages individuals to use the power of their voice by sharing them across social media. The first pledge Turn it Down, calls for washing clothing on a lower setting and temperature. The second, Get Dirty, encourages people to wear their clothing more, wash it less often and take showers over baths to help reduce water usage and wastage.

The third pledge, Pass it on, calls for more recycling and upcycling and participation in acts of kindness, while the fourth, Ethicool, focuses on creating a more ethical and environmentally friendly world. The last pledge, Actually I can, calls on individuals to make a stand and make a change. “We need to stop worrying about being told we’re not doing enough or everything to improve our world, when a group of people start making small changes it can make a big difference as the initiative gains momentum and support,” said Caryn Franklin, who is set to make a keynote address at Pure London on July 23.

“No voice is too small. We need to discard the taboos, to take a 360-degree approach to sustainability and what it means. How good leadership, diversity (in front of and behind the lens), kindness and ethics leads to higher productivity, creativity, satisfaction and stability which in turns leads to higher profits and a better future for all,” she added.

The new campaign launch comes as Pure London prepares to launch its latest section, Pure Conscious. Developed together with Common Objective, a new online platform recently launched by the Ethical Fashion Forum, the new section aims to educate and connect sustainable designers with retailers whilst developing a platform for and emerging talent to grow. 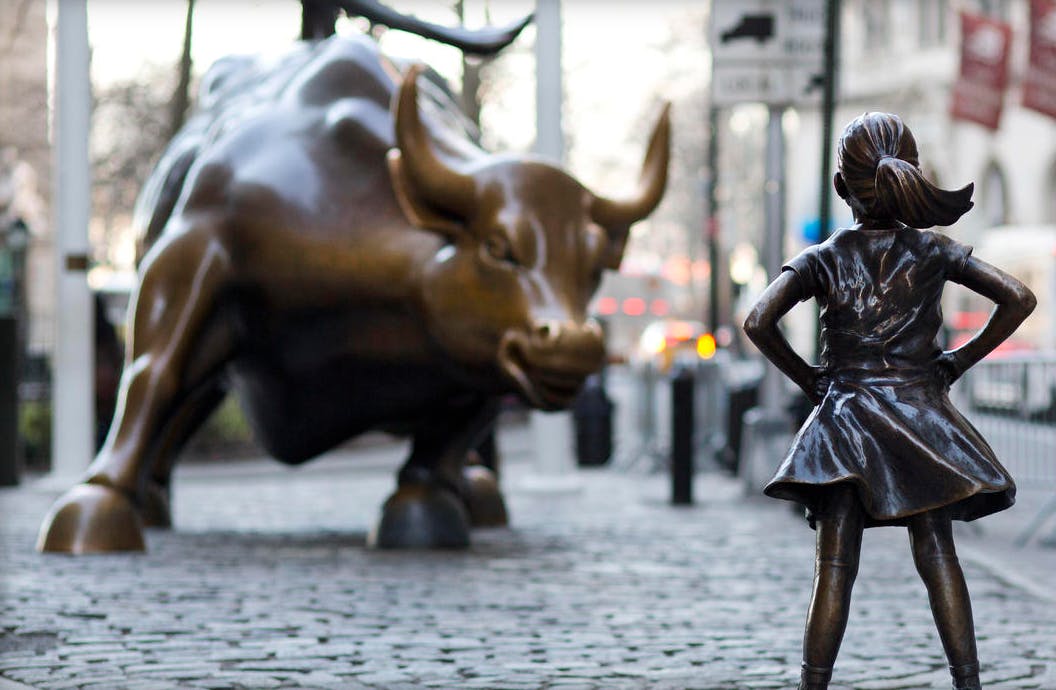 The Cannes Lions awards are, to the ad industry, their Oscars. It’s where the good and the great gather to celebrate their best and brightest, every year.

But this year, when they hand out the awards (and welcome the Global Goals podcast) there will be a new string of trophies in the mix, honoring the creative initiatives that went some way to changing the world for the better, rather than just bolstering a brand or shifting some units.

But first, some history.

When the first festival took place in Venice, the awards took their name from the lion of the piazza de San Marco. It then alternated between Venice and Cannes until 1984 when it finally settled in Cannes.

This year, as well as welcoming over 1,600 delegates from industry superstars to musicians, actresses, the SDG Lion Awards will be launched and created for the first time.

What does SDG stand for? The Sustainable Development Goals, or Global Goals are the UN-backed masterplan for the planet. They comprise 17 goals ratified by more than 193 countries after five years of negotiation.

Terry Savage, Chairman of the Cannes Lions agrees about the important role that creativity plays in spreading the word about the goals.

“The fundamentals are that we believe creativity drives awareness in a far stronger way than any other approach you can use,” said Savage. “In terms of the Sustainable Development Goals, what we have done, we have created a category that will award-by goal-a lion, and in that way we’ll enable people to focus very specifically on entering the awards, this particular category, by specific goals. So we’ll have a climate change lion. Will have a hunger lion. And that will give a lot of focus to people to create work that is very creative, to create a greater awareness level.

The ad industry loves awards, and focusing creatives on making mission-driven messages all the more compelling could have a real impact.

The 2017 Edelman Brand Study shows that 60% of Millennials buy with their beliefs. In the US, 47% of consumers are belief driven, and the phenomenon is even more pronounced in China (73%) and India (65%) consumers. Consumers want brands to speak up and take a stand that aligns with their morals.

This isn’t the first time the so-called “Oscars of advertising” has added a mission-driven category, says David Griner, Creative and Innovation Editor of Adweek. In 2015, the even added the Glass Lion, honoring campaigns and ideas that help empower women. “And those Glass Lions really elevated the discussion of gender balance and equality and empowerment,” said. “The impact was very noticeable and very immediate. And now you’ve seen campaigns like fearless girl go on to win Glass Lions and become these big international discussion points. Creating this award, it’s not something Cannes does lightly and it will bring a lot of spotlight to some really great initiatives.”

The “Fearless Girl” he’s referring to is a diminutive bronze statue placed on international Women’s Day facing down the infamous charging bull of Wall Street.

Take Palau. In the first of our green miniseries on the Global Goalscast we heard how remote islands are some of the first to be affected by climate change, caused by industrialisation on the other side of the world. But on the tiny Pacific island nation of Palau the problem is even more urgent. The sea level around its 700 islands has risen by about 9mm a year since 1993, almost three times the global average rate.

But Palau has always been ahead of the curve when it comes to conservation. In 2015, they created the world’s sixth largest marine sanctuary. And last year, they came up with an amazing campaign. All visitors to Palau must sign the “Palau pledge” when they enter the country.

When they’re actually in the air flying to Palau, they’ll watch an in-flight video which briefs them about the Palau Pledge and then when they get to Palau they will sign it as part of official immigration process for their entry into the country. It’s a promise they make to the children of Palau that they’ll do the right thing for the country for the sake of the children’s future.

Is it possible to change the world? Can we still make the planet a better place for us all to live? UN special adviser Claudia Romo Edelman and Hub Culture executive editor Edie Lush — hosts of the Global Goalscast — believe the answer is a resounding ‘yes,’ and that everyone can play a part. Subscribe to the podcast here.